Bebot has expanded its response services to include foreign travellers, the elderly, and those who are visually impaired with its new "accessibility-enabled" AI chatbots. This is in order to help create a society in which no one is left behind, as advocated by the United Nation's Sustainable Development Goals, its Tokyo-based developer, Bespoke, said.

The new chat service is available to customers using Terminal 3 at Haneda Airport from January 17 to March 31, 2023. Equipped with a natural language processing engine developed from chat histories from more than 30 million people, Bebot boasts a high degree of accuracy in answering questions that travellers need, offering information on airport facilities and flights, for instance. Bebot responds to information requests in an easy-to-understand way via natural conversation. 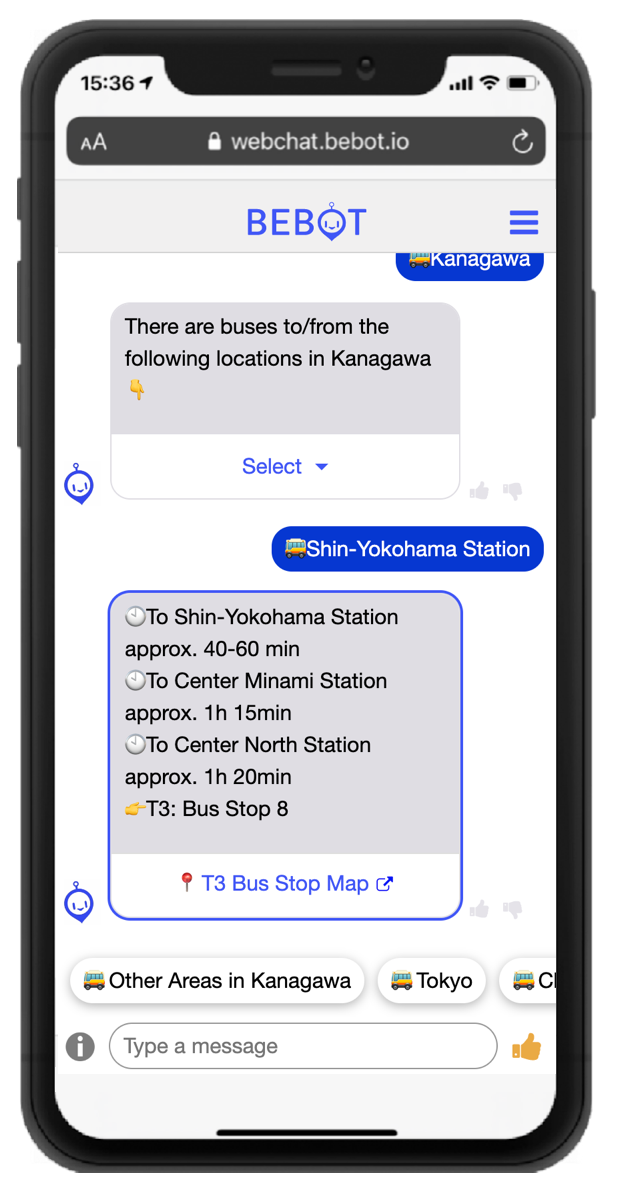 Haneda Airport is used by customers with various accessibility needs, with common requests including "I can't find the information I need," "The counters are too crowded," "It's hard to read small letters," and "I can't read Japanese”. Bespoke decided to upgrade Bebot accordingly.

Answers can now be read aloud by a screen reader within the chat service, an easy-to-read font display matches the user's font-size setting, and easy-to-understand information is provided by native speakers in multiple languages – in Haneda’s case, English, Chinese, and Korean, in addition to Japanese.

Travellers can access the service by scanning QR codes inside and outside the airport, or by connecting to the free Wi-Fi in the airport, which will take them to the Bebop portal.

Bebot is already in use at transport facilities across Japan, including Narita International Airport and Tokyo Station.