Manufactured by Switzerland-based Aebi Schmidt Group, the TJS 630 sweepers have been equipped with a system called AirfieldPilot which enables the machinery to clear snow and ice from runways, taxiways and the apron without a driver.

During the trial, the systems autonomously covered predefined routes and were able to interact with other conventional winter maintenance equipment when driving in convoy and using the snow plough, brush roller and blower according to predefined clearing methods. 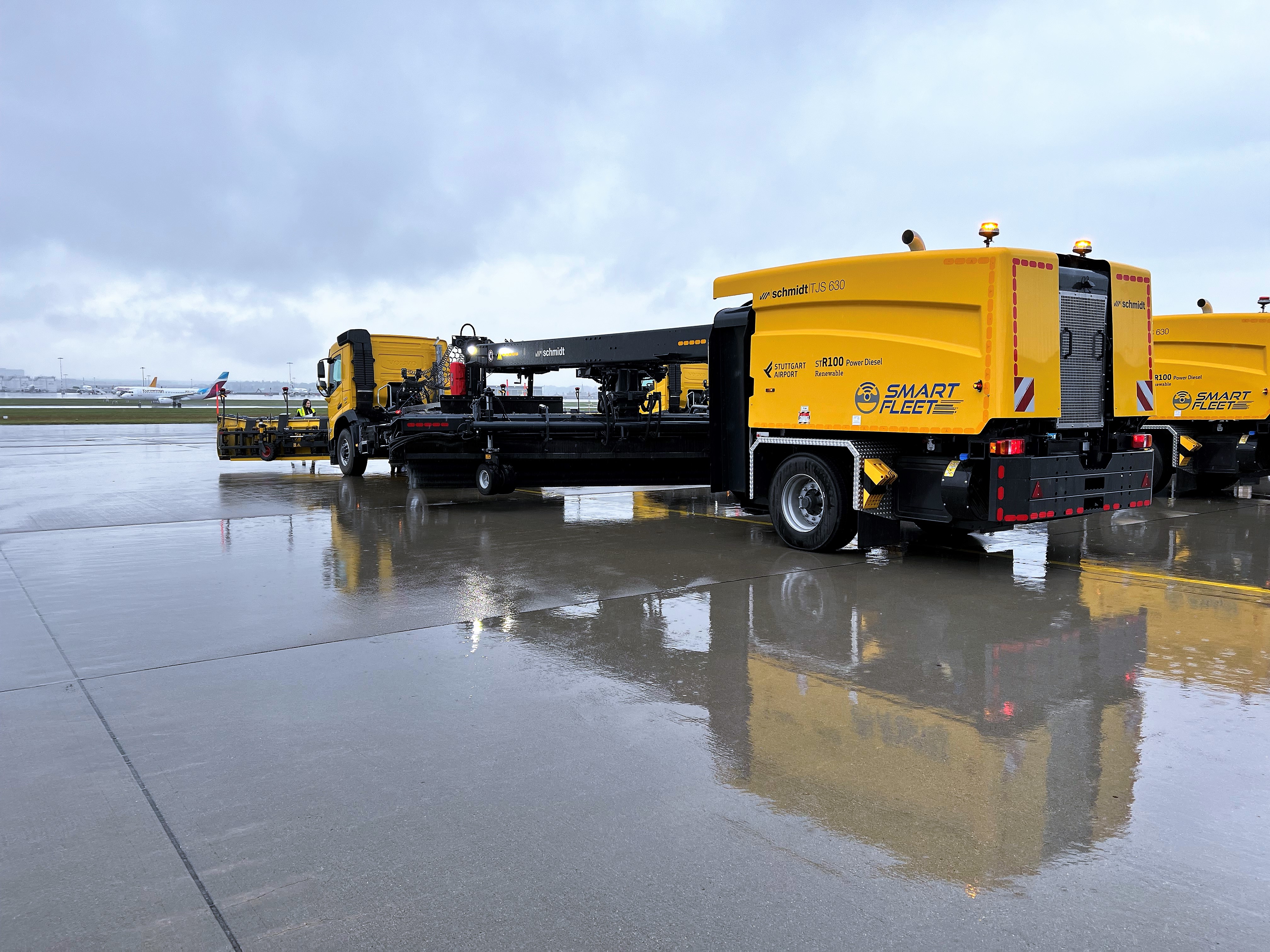 For safety reasons, a person was still sitting in the vehicle during the trials.

The test drives were part of a €3.9m (£3.41m) project called SmartFleet, which launched in 2019, and is funded by the German Federal Ministry for Economic Affairs and Climate Action. Besides Stuttgart Airport and Aebi Schmidt Germany, the consortium also includes VOLK Fahrzeugbau GmbH, which is developing an autonomous luggage tug.

While individual components of winter service vehicles have already been operated automatically for some time, this was the first time the manufacturer created a fully integrated system where truck and sweeper are controlled via the same platform.

The airport says the timeframe for using the autonomous vehicles on a regular basis depends mostly on legal factors.