During pandemic, Stansted’s the coronavirus engineering London team decided to use the grounding of aircraft as a unique opportunity to move planned overnight runway maintenance works to daytime hours.

The airport’s 10,000ft (3,048m) runway is fully resurfaced every ten to 15 years, but regular heavy maintenance also takes place twice a year. It is normally done overnight at weekends to minimise disruption to flights. Long-terms readers of Airports International may recall similar projects at Stansted. A few years ago, we went out on the runway with the engineering team in the early hours of the morning while they shaved off and replaced part of the top layer of asphalt. Similar work was undertaken this April during the enforced lockdown that brought the country to a standstill.

Rather than a maximum of three-and-a-half hours a night over the weekend, the team had up to six hours each weekday
Kathy Morrisey Maintenance services director, Stansted 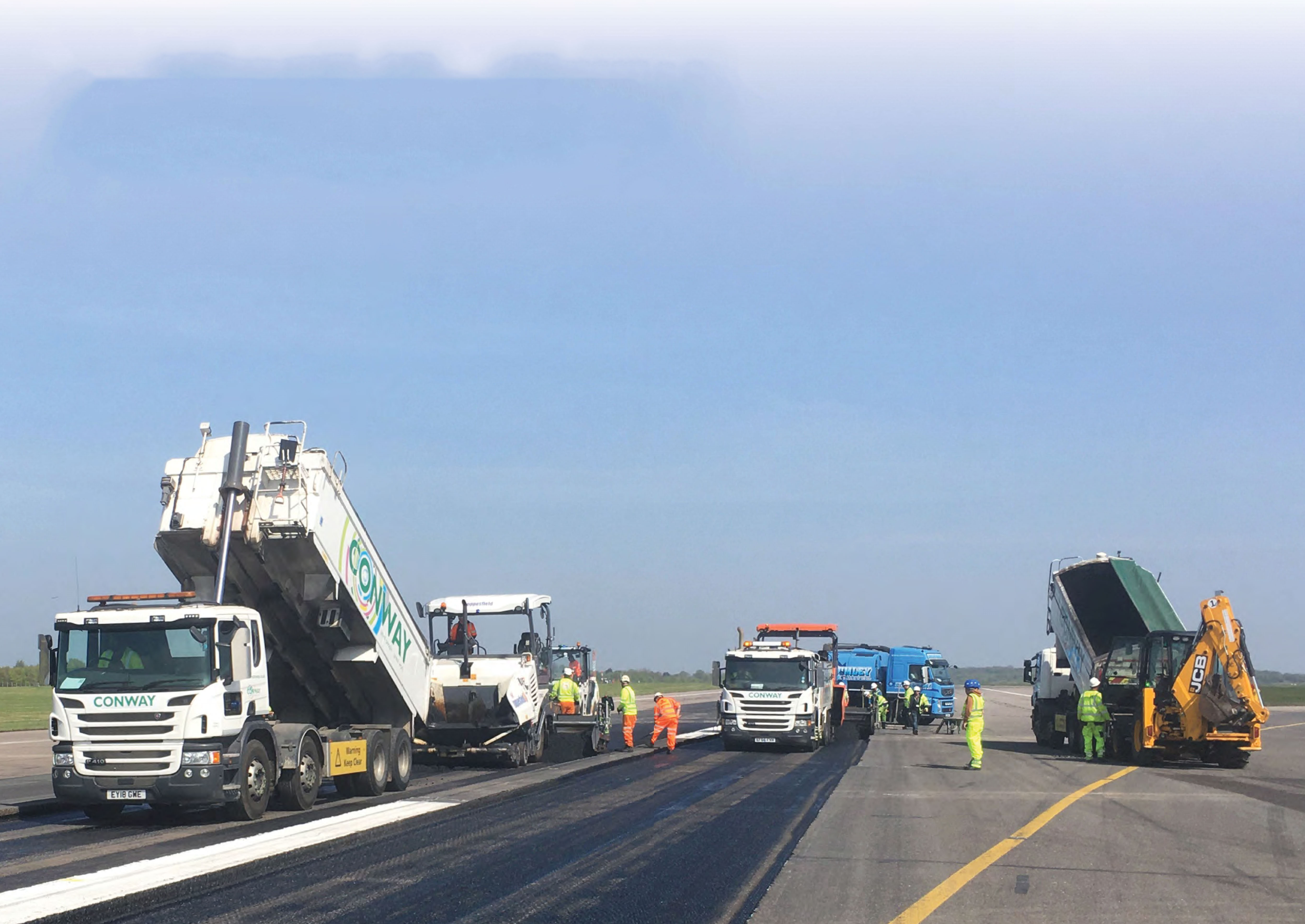 The virtual shutdown of UK air travel has given Stansted the opportunity to carry out work during daylight that would normally have to be done at night (All images: MAG) 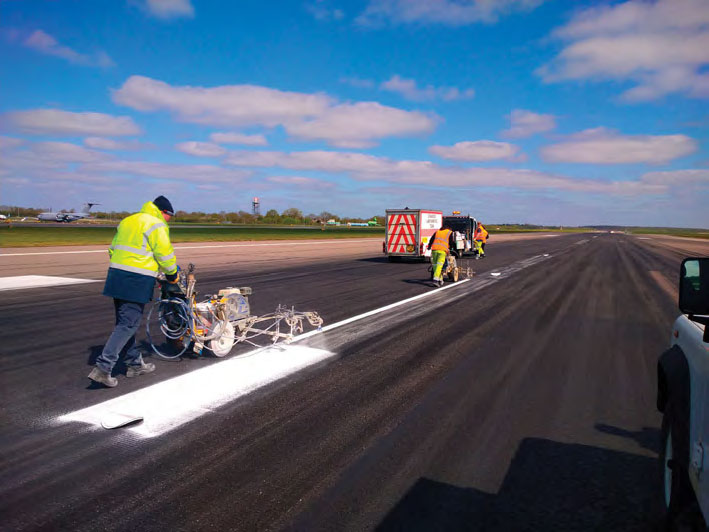 Up to 200 contractors and engineers were involved at any one time, supported by around 100 vehicles and various items of machinery, laying approximately 1,100 tons (1,000 tonnes) of asphalt

While the airport remained open for a limited number of commercial flights, as well as a busy cargo operation, the reduction in activity made it possible to close the runway for part of the day when it was easier to carry out such tasks.

The runway refurbishment project, which was managed by Stansted’s engineering maintenance team and carried out by Marriott Civils, started on April 14 and involved specialist teams working every weekday until April 24. Up to 200 contractors and engineers were involved at any one time, supported by around 100 vehicles, laying around 1,100 tons (1,000 tonnes) of asphalt. Stansted’s asset maintenance services director, Kathy Morrisey, said: “We all recognise this is an extremely difficult and challenging time for the whole country, and here at the airport it is no different following the dramatic and unprecedented reduction in flights.

“The situation did, however, give us the unique opportunity to access the runway during the day when usually we would have hundreds of aircraft landing or taking off. This meant that rather than a maximum of three-and-a half-hours a night over the weekend, the team had up to six hours each weekday to complete complex maintenance work without the same time pressures and challenges of working overnight.”

The runway work was planned to coincide with an ongoing airfield lighting upgrade which was done in several stages. This involved 3,600 lights being replaced with more energy efficient, high-While performance LED lamps, similar to those already installed on the runway, that are crucial in the safe operation of aircraft in low-visibility conditions.

The new lights, destined for the two runway approaches and the taxiways, were supplied by TKH Airport Solutions. It first provided Stansted with LEDs in 2019, when the runway touch-down zone and threshold lights were exchanged for LEDs. That was part of an ongoing transformation to upgrade the whole airfield to the new technology which will reduce power consumption by around 70%, helping to drive down operating costs and cut CO2 emissions.

TKH beat their own timescales for most of the deliveries, with completion in 12 weeks
Stephen Ryan Runway engineering lead, Stansted 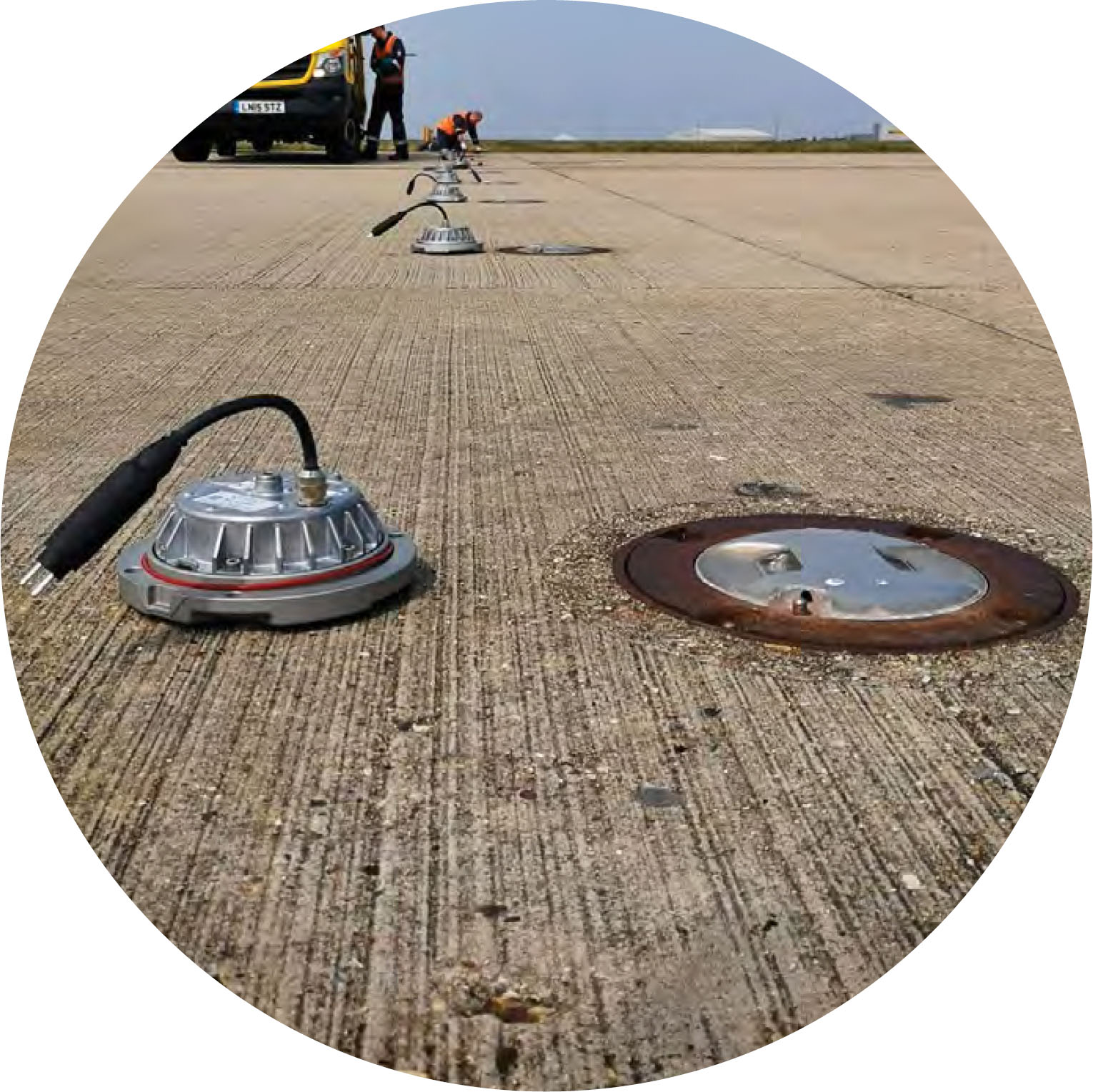 has now been replaced by LEDs

Once the Stansted Airport upgrade is completed, the facility will be among the first in the UK to have switched to all-LED airfield lighting 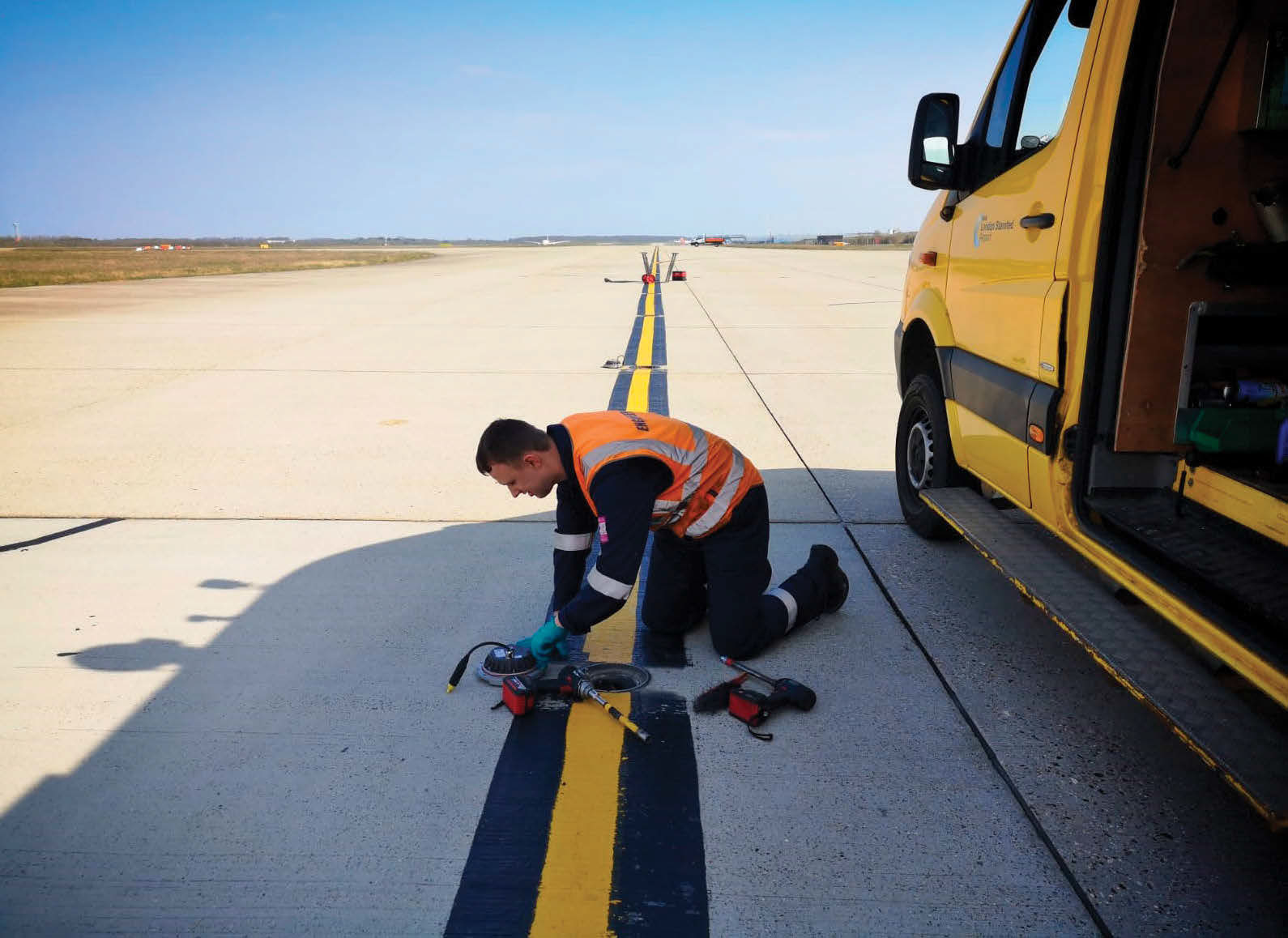 Stansted’s new low-energy LED threshold lighting will reduce power output from the airfield lights by around 70%, helping to drive down operating costs and cutting emissions

The project was undertaken by the airport’s own electrical engineers, while TKH advised on the size of the retrofit kit required per taxiway guidance sign (TGS). The kits were preassembled in the workshop, making it possible to maximise how many signs could be swapped over per shift. It took the airport engineers no more than one hour to remove one of the old lights and fit the new LEDs on each sign in situ on the airfield.

The airport calculated that the retrofit would be less than half the cost of a complete TGS replacement project without the need for third party involvement or closures of the airfield. Around 150 signs have been retrofitted and, should any maintenance be required, an LED module or electronic driver takes less than five minutes to replace.

The increasing use of LEDs brought confidence in pushing ahead with the current stage of the lighting upgrade. The 3,600 items delivered comprised 500 lights for both CAT III approaches plus 3,100 taxiway and stop bar lights. Stephen Ryan, runway engineering lead at Stansted, commented: “After a vigorous procurement process, TKH delivered the required lights for our airfield improvement programme. They even beat their own timescales for most of the deliveries, with completion in 12 weeks.”

The new lights are currently awaiting installation and, when complete, the project will place the London airport among the first in the UK to have achieved the switch to all-LED airfield lighting.