Could the current downturn in the aviation industry lead to a spike in environmentally and economically led equipment sales? Tom Allett spoke to SATCO’s José C Jamhouri about the widespread advantages of introducing electrical ground power 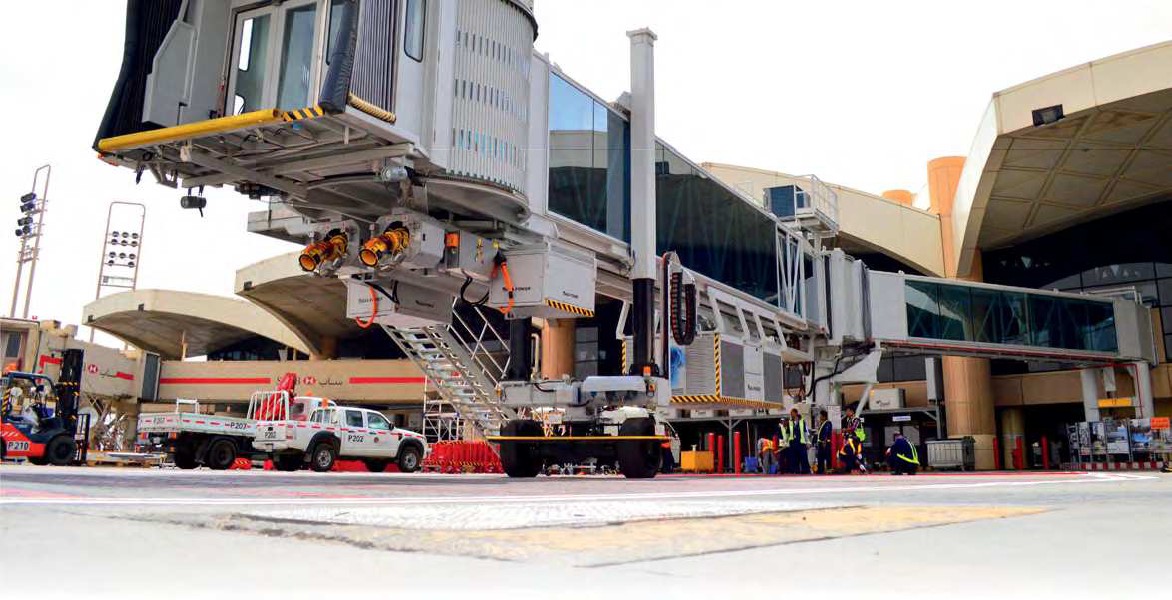 We all know that the commercial aviation industry is facing its biggest crisis since World War Two, and that it is haemorrhaging money at an alarming rate. There are numerous predictions about when traveller numbers might return to something approaching pre-COVID-19 levels, but with no vaccine yet widely available and a second wave of infections already sweeping across the world, none of these estimates can be more than guesswork.

Does that mean that the industry’s development should be paused, or is this the moment to begin investing in the environmental and economic technology of the future?

In the opening months of the COVID-19 crisis, some European governments announced that they were considering demanding higher environmental performances from airlines that had received financial aid. To date, those remain just considerations, but it seems inevitable that the cash-strapped industry will need to put an even greater emphasis on saving money, while political pressure will force further improvements to its environmental credentials. Hopefully, improved environmental performances will enable governments to justify and deliver the financial support that has been lacking for airports and airlines alike.

Of course, ‘green’ technologies and equipment are not new, but their continued development and increasing deployment is gradually helping the industry to gain some deserved recognition for its efforts. Nevertheless, there is still much more that can – and surely will – be done. Looking ahead, it will be interesting to see how the new US Administration’s policies will affect the further use of green technology. President Elect Joe Biden is on record as considering climate change an emergency. He has already said that he plans to withdraw subsidies supporting the use of fossil fuels and will call for a global climate summit at which he hopes to persuade the world’s governments to set more ambitious targets for reducing greenhouse gas emissions. If he is successful, will that further raise the environmental bar for the entire aviation industry? Quite probably. From a ground handling point of view, the trend towards replacing traditional, but perhaps time expired, diesel equipment seems likely to accelerate, as companies further embrace the advantages of solid-state power.

Europe has usually led the way when it comes to improving environmental standards, especially its northern countries, but the call for reduced carbon emissions and cleaner air can now be heard across the world. José C Jamhouri, senior vice president, Airports Systems Division and Logistics for the Saudi Arabian Trading & Construction Company (SATCO), a regional leader in airport technology and services, told Airports International that the oil-rich Middle East giant has learned from Europe’s environmental progress and subsequently taken great strides towards improving its own green status. Sustainable power is being introduced across the country in many ways, leading to an increasing use of electrical ground power at its airports.

At the forefront of this move is the gateway to the Saudi capital, Riyadh’s King Khaled International Airport (IATA: RUH). Here, SATCO has been awarded several facility and maintenance contracts by the country’s General Authority of Civil Aviation (GACA) in addition to existing projects. One such contract was for a build-transfer-operate (BTO) project involving the introduction of new passenger boarding bridges (PBBs) and related ground service equipment (GSE), which led to the introduction of electrical ground power units (GPUs) and preconditioned cabin air needs (PCA).

Jamhouri explained: “With the new PBB projects, GACA decided to ‘go green’ and take the opportunity to reduce the traffic around the aircraft parking stands, which simultaneously removed a number of items making C02 emissions.”

He continued: “When you use PBBs, there isn’t normally a requirement for passenger transport buses, [boarding/ disembarkation] stairs or vehicles designed to assist passengers with special needs, and the PBBs also enabled SATCO to place electric GPUs and PCA units under them.

“This eliminated the emissions from the previously used gasoline or diesel equipment, improving the surrounding air quality for everyone, while also freeing up more space on the ramp.”

There was serious competition for the associated contracts, but SATCO chose to partner with ITW GSE for its solid-state GPUs and PCA units. It purchased more than 120 units for RUH alone and three more airports also subsequently received similar ITW GSE equipment as GACA continued to increase its use of sustainable power.

“In some ways SATCO has been an [environmental] pioneer in Saudi Arabia”, said Jamhouri. “One of the goals of the Kingdom’s Vision 2030 is to reduce the nation’s reliance on gas and other fossil fuels and replace them with alternatives like solar energy and other forms of electrical power by 2030. Thus, from day one of the project, we were pushing to have bridge-mounted electrical units.”

Turning to operational and maintenance cost savings, Jamhouri noted that the gasoline or diesel units were more labour intensive when manoeuvring them into the correct position to service the aircraft. However, perhaps more importantly, he explained that the cost of gasoline and diesel fuel, and the inevitable expenses associated with maintaining an engine that can be required to run at high power for many hours at a time, mean the electric power units are cheaper to use over the length of their working lives.

“We have used ITW GSE [and its previous AXA-brand] power units since 2011 and continue to use them because we want the best combination of quality materials and reliability, together with the lowest overall running costs,” he explained.

“The ITW GSE units are also very easy to operate and maintain, even when they are bridge-mounted, and the company’s communications with us are very good, so from our experience at Riyadh Airport we already knew that we had chosen the right products to prepare us for the future. SATCO has already installed similar units in other Saudi airports, including Tabuk (TUU) and Arar (RAE).”

Looking ahead, four more Saudi airports are set to introduce ITW GSE GPUs and PCA units as they prepare for the ‘new normal’, combining what SATCO describes as their sustainability needs with no-nonsense economics. Is now the time to invest in equipment that is environmentally superior as well as cheaper to run?